Print
Share
0
Creating a Culture of Innovation For Houston in the Heart of Downtown
Accenture Houston: The first of 10 Accenture Innovation Hubs now operating in North America.

While the technologies and challenges are constantly shifting, the goal for Director Brian Richards and his team remains constant.

The Hub began with a team of six people in 5,000 square feet of space, but has grown to include 80-plus people ranging across what Richards describes as the five Ds of skill sets; designers, developers, data scientists, delivery experts and domain experts.

This breadth of talent intends to overcome a problem once warned of by Thomas Edison. His words, “Vision without execution is just hallucination,” have become a mantra for the Hub and one of the most important of several quotes incorporated into the Hub's colorful design. 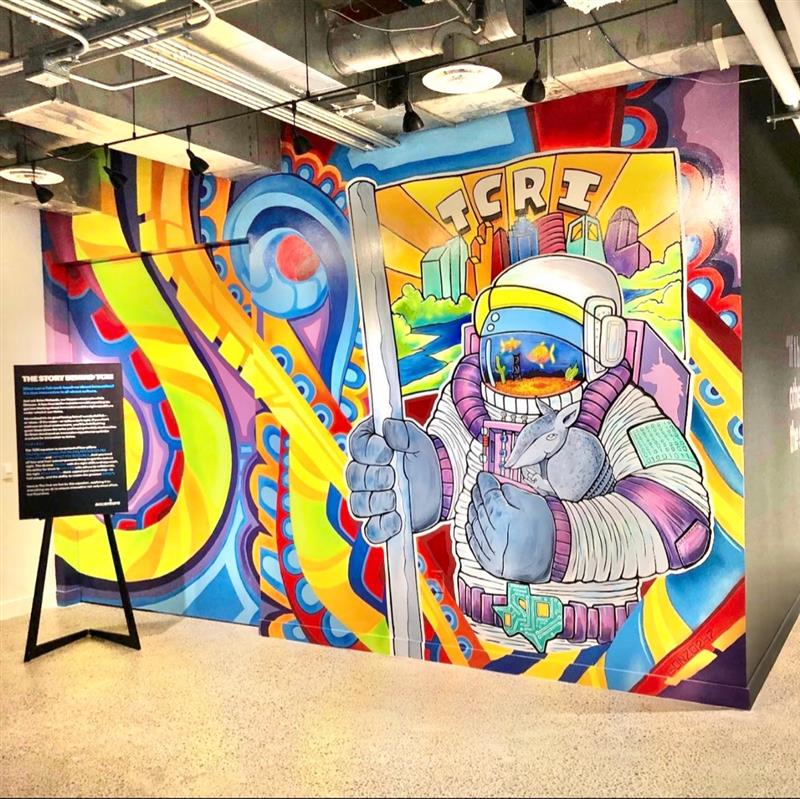 “We aim to be both the visionary aspect, but also offer the ability to execute and
to scale, which is core to what Accenture does,” said Richards.

At the Innovation Hub, this process of supporting innovation from beginning to end is structured strategically, with three distinct phases available to guide clients. It begins at an Innovation Center where ideas are born, and client visits, thinking sessions and creative development are the focus.

Depending on the project, the next step brings on technology experts best suited for the task.

Clients can work with an Applied Technology Studio on data science or data engineering needs. Hardware integration such as IoT or 5G will likely involve the Industry X team, while software or product development relies on the Interactive Group.

Once a solution is in hand, the attention turns to scaling it up for maximum impact. This is the realm of the Hub's Ventures team. It is where connections to local and global startups offer an opportunity to find the most effective partnerships to drive growth. 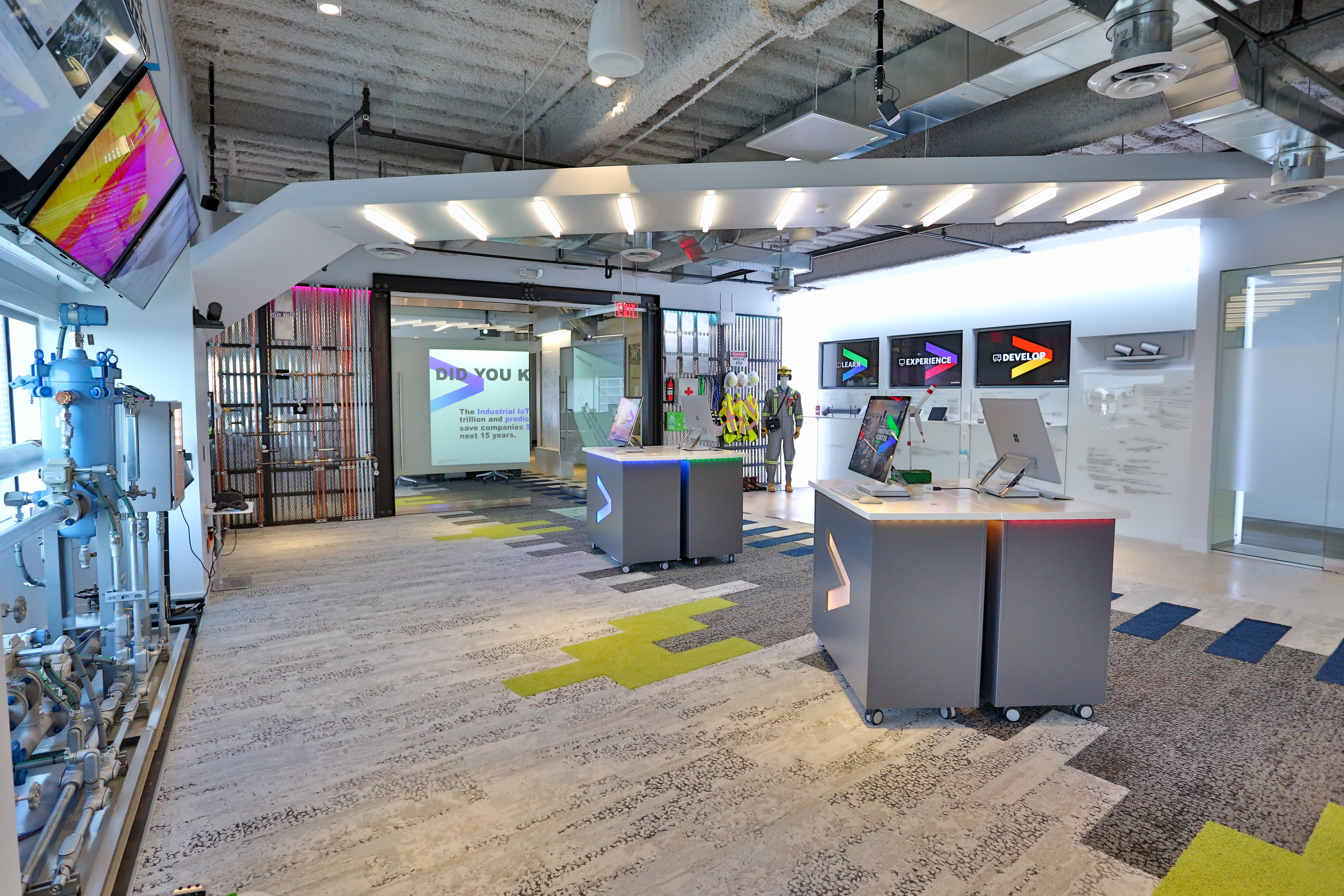 “We have the five skill sets; we go through four phases—workshop, discovery and design, prototyping a pilot, and scale and support. Then, we use three methods—design thinking, agile and lean startup—to prove two outcomes—the business viability and the technical feasibility. And we have one team to co-create all of this.”

All of this typically takes place in an impressive and recently expanded 30,000-square-foot space on the 18th floor of 1301 Fannin. It was designed with collaboration and Houston in mind, according to Accenture Creative Director Brad Rossacci, and it reflects the uniqueness of the city. 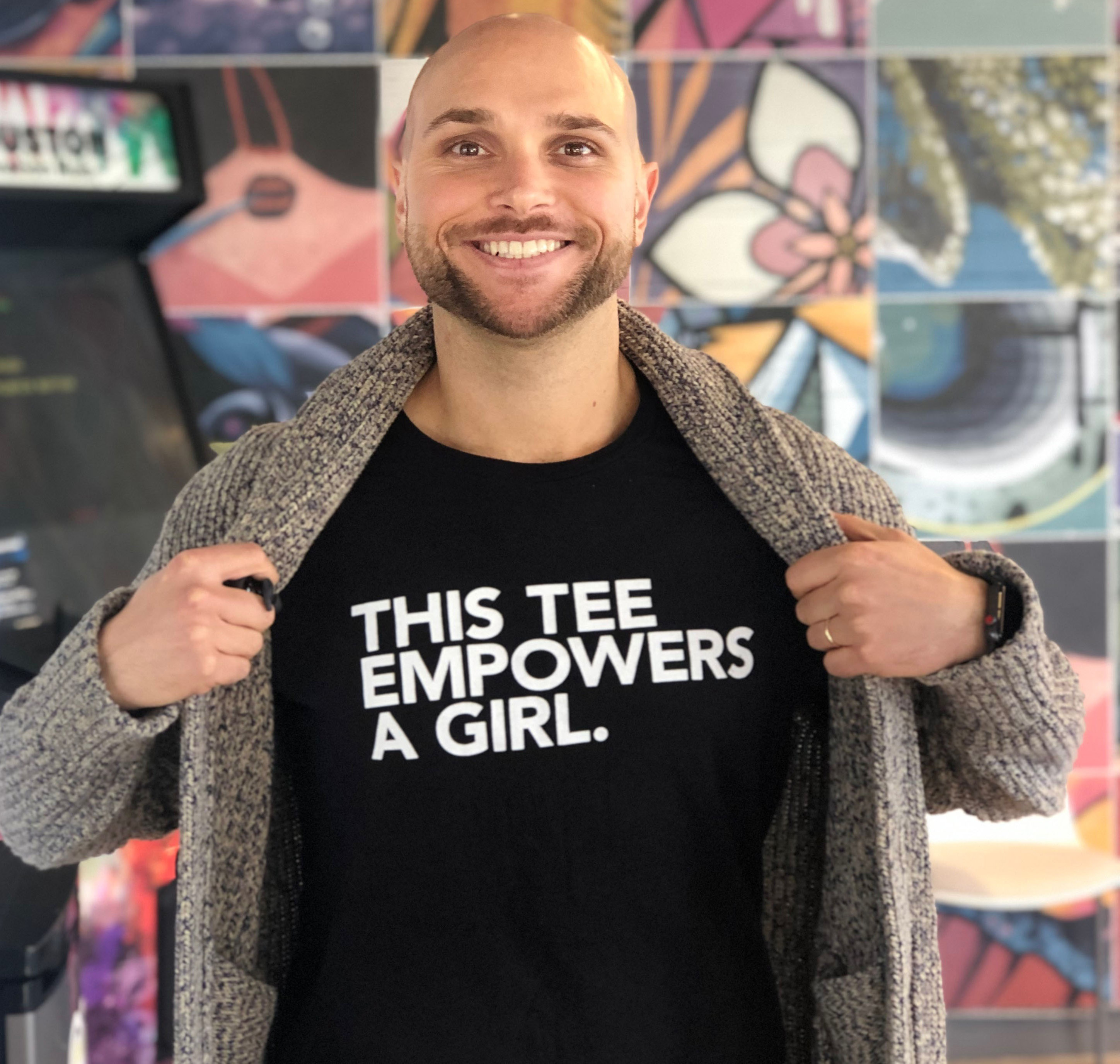 “We had this fun kind of inspirational thought—Houstonis my favorite color. You know, Houston is the most diverse city in the U.S., we have a really vibrant
culinary scene, we have a beautiful art scene. And so, we're touching on that Houston piece, and we wanted to bring all the colors of Houston to life,” said Rossacci.

Not surprisingly, it features many Silicon Valley-style amenities like ping-pong tables, arcade games and foosball. And no one is ever far from a giant whiteboard. However, its real value is in the way it drives collaboration. In addition to talent, resources and execution, Richards sees the interactions among his team as one of four pillars required for success.

“The way in which it's architected is really meant to create collisions. They need to collide with the right customers and partners across Accenture. If any of those go to zero, the whole thing goes to zero,” explained Richards.

And while the COVID-19 pandemic left the offices vacant for much of the previous year, employees have begun a limited return.

Richards is looking forward to having the entire team back at 100 percent as soon as it's safe. Fortunately, he knows the culture established at the Hub is more impactful than its location. 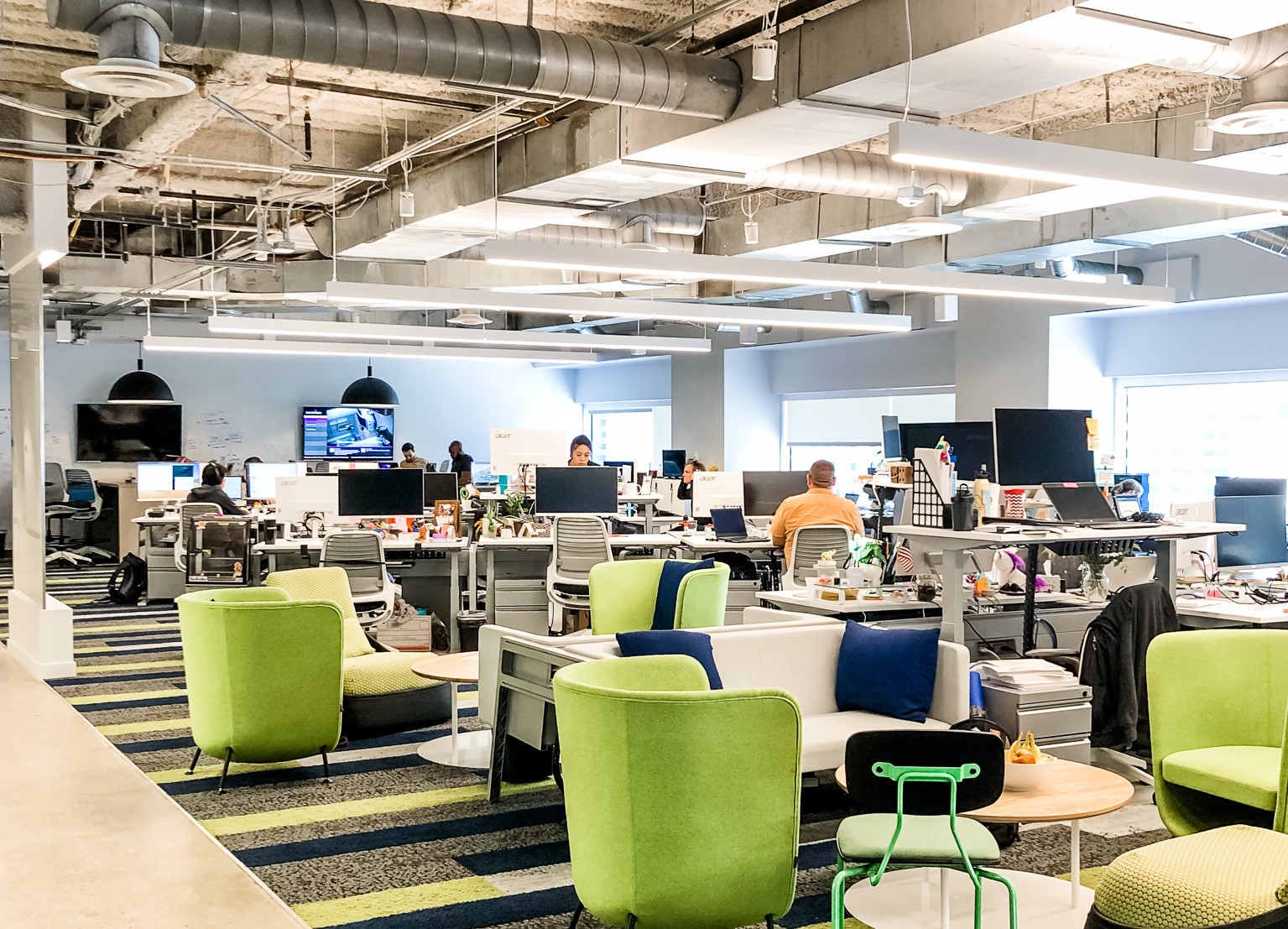 “I've had people come in thinking, 'The key to innovation must be the right chairs, and you know, the quality of your ping pong table and so forth, right?' And we describe it as it's not about that. It's about the culture that you have to build in order to do these things.”

He compares building a culture to establishing a tropical aquarium. It's not how impressive it looks or even the type of fish that will matter most. Instead, it's the things that you can't see that will truly make the difference.

“The temperature, the pH, the salinity, the nitrates, and nitrites, all this stuff determines whether the fish live or die, or thrive, and so forth. And innovation is very much the same way. If the culture is not right, it will die.”

Despite what some might assume, the comforts and availability of occasional distractions aren't an attempt to be trendy. They are driven by the employees to support the culture.

“We asked our team members, 'What do you enjoy doing?' And so that environment is
a manifestation of the things that they enjoy that get them away from the desk to play a game of ping pong or have a cup of coffee. That's where those collisions happen. So we want to inspire them to get out of the chair and go and have that shared experience, which is going to lead to bigger, bolder, better ideas and more innovative outcomes with our clients,” explained Rossacci.

And in fact, the impact of Accenture's Houston Innovation Hub culture is extending beyond its clients and even predates the facility's opening. In 2016 Richards and others from the Innovation team worked with the Greater Houston Partnership and the Houston Mayor's office to provide pro-bono strategy development aimed at accelerating the area's innovation ecosystem. Many of the ideas from that work are now contributing to Houston's current industry growth.

“The suggestions included the building of an innovation district, which is now the Ion, needing to create a Houston Exponential, which I sit on the board and the executive committee of, the HX Venture Fund, those kinds of things,” said Richards. “It's so critical for the future economy of Houston. And if you look at the data between kind
of pre-2016, and then kind of post-2016, it's phenomenal to see that change and trajectory. And, you know, that's something that I know that not only myself, but the entire team is just super, super proud of.”

With Houston's Fortune 100 and 500 companies prioritizing innovation more than ever, Richards expects the Innovation Hub to remain on the cutting edge in service to their clients. Edge computing, robotics, extended reality cybersecurity and the energy transition are all areas on his radar—as are the new local opportunities.

“I'm super excited because as the infra- structure here comes up—the Greentown Labs and the Ion, for example—we're getting plugged into those locations and initiatives as well.”

Regardless of what comes next, the Hub’s impact on the city’s culture of innovation is clear. And it makes the future of Houston worth watching.