Small businesses are the heart & soul of #DowntownHouston. We encourage you to continue supporting local. Click here to see a list of restaurants ready to serve you. #houstonstrong
Print
Share
0
In the Footsteps of the Past: Ballpark & Warehouse Districts
History is All Around Downtown – All You Have to do is Look 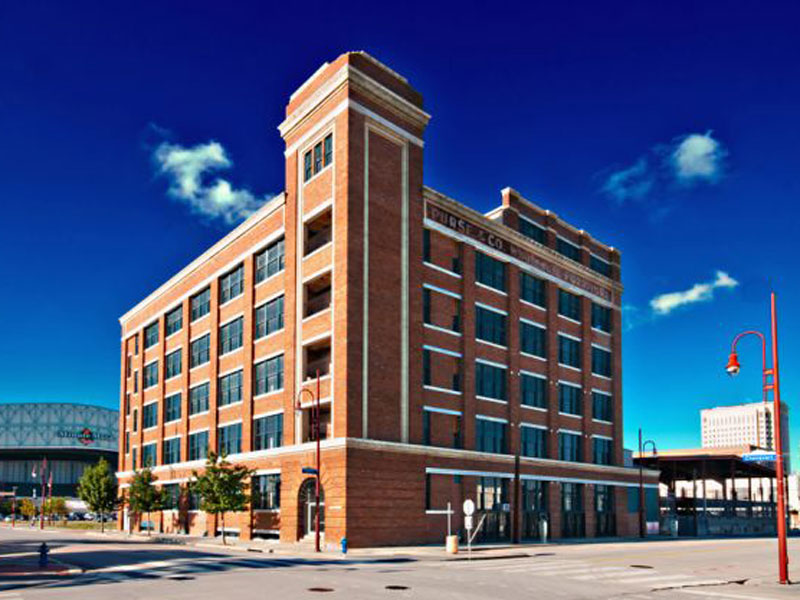 Past: National Biscuit Company Building
Present: CityView Lofts
15 N. Chenevert St.
Listed on the National Register of Historic Places, this tawny-colored structure has lived on this corner since its construction in 1910. Back then, the building was the bustling regional headquarters for Nabisco’s southern operations. Designed to be both office space and baking facility, the building cranked out cookies in the shadow of Union Station (today Minute Maid Park). Now converted to chic apartments, CityView Lofts pays homage to the space’s baking heyday. Each floorplan is named for a different Nabisco cookie or cracker with monikers like Lorna Doone, Oreo and Ritz.  CityView retains much of the National Biscuit Company’s architectural details, including exposed brick walls and pipes, iron detailing, and the original stone walls and ceilings in several public spaces.

Past: Cash Register Building
Present: Keyser-Stafford Residence
515 Caroline St.
This Italian Renaissance Revival structure was dedicated on April 8, 1929, the 59th anniversary of the invention of the cash register, from which it takes its name. At street level, a showroom housed the company’s products, while upstairs there was space for their construction. Seventy-seven years later, following stints as an FDIC storage facility, a wine vault and a bail bonds company, Deborah Keyser and James Stafford decided to turn it into a paragon of Downtown residence life. The couple created a space that encompasses their law office, home and a striking rooftop garden that offers views of the city core. Their efforts showcase a marriage between the historic and the modern. The couple raised the ceilings and kept details like the original brick and arched windows, as well as the original hardwood floors. They added items like a reclaimed marble counter-top in the kitchen and a custom-created bathroom mirror made out of an antique door.

Past/Present: The Church of the Annunciation
1618 Texas Ave.
Houston’s second-oldest Catholic church, this classic Gothic house of worship was an outgrowth of St. Vincent’s Church, founded in 1839. Construction began on Annunciation in 1867, with the cornerstone laid in 1869. It would be completed in 1873 and remains in use today. Its striking interior features elaborately adorned columns, soaring archways and intricately detailed stained glass windows. Its iconic bell tower still announces the Mass, which is held in both English and Latin. 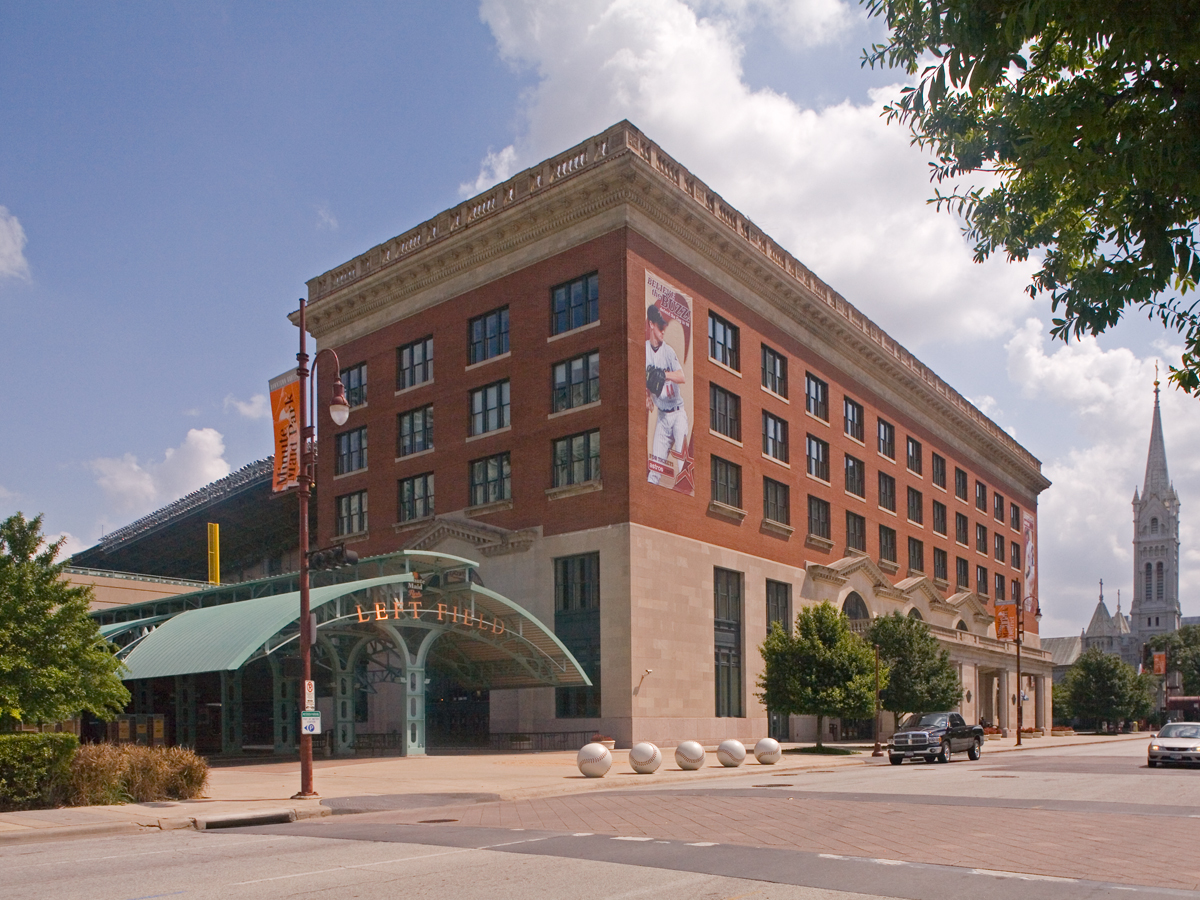 Past: Union Station
Present: Minute Maid Park
501 Crawford St.
When it was conceived in 1909, Union Station, which would serve as the rail hub for Houston, was estimated to cost $1 million. When it was finally dedicated two years later, its actual cost would be five times the estimate. But what a space it was! Its granite, limestone and terracotta exterior opened into a massive marble interior, with waiting areas, soaring ceilings and massive columns. For seven decades, it would be the center of passenger transportation in the Bayou City. The station shuttered in 1974 when its last train line jumped ship to the Amtrak station across town; it was added to the National Register of Historic Places in 1977. Twenty years later, ground would break on what today is Minute Maid Park. The project was originally called The Ballpark at Union Station, and the new baseball stadium, designed to replace the Astrodome, would keep components of its railroad history. Union Station’s main concourse is now the stadium’s lobby, and fans know that whenever the Astros hit a home run, a miniature train chugs around the park’s perimeter.

Past: Erie City Iron Works Warehouse
Present: Theodore Rex
1302 Nance St.
Tucked below the shadows of the I-10 freeway sits this block-wide, red-brick warehouse, its angled front slouching into the corner of Nance and Richley streets. Today’s Houstonians know it as Theodore Rex, a haven for foodies that’s helmed by James Beard Award winner chef Justin Yu. But before it was a trendy restaurant, 1302 Nance was the Erie City Iron Works Warehouse, a store-all for the iron, steel and other metals that made their way to the Bayou City via the twisting rail lines crisscrossing the Downtown of yesteryear. Those materials would be stored in this one-story building until they sold for construction projects. The building dates to 1906 and in the century since its inception, it’s been home not only to the city’s building materials, but artist lofts and Yu’s former restaurant iteration, Oxheart.