Midway through the Alley Theatre’s 75th anniversary season Artistic Director Rob Melrose has a keen appreciation for what it means to balance the past with the present, while looking to the future.

“The whole point is that theater should reflect its community,” he said. “Many of our loyal audience members are excited to see our new direction, and people who haven’t come to the Alley need to come and get excited. 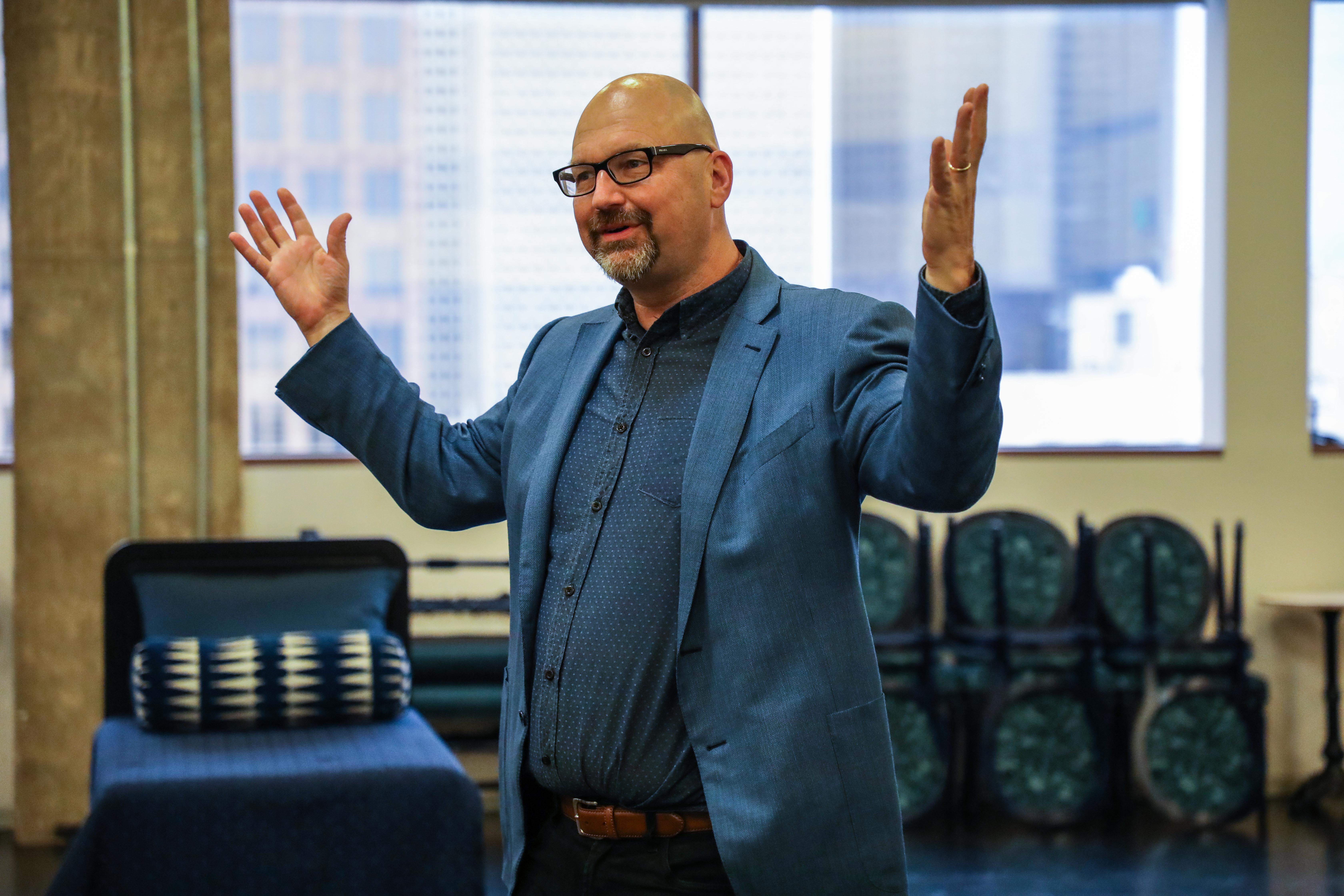 He is certainly excited himself. Melrose is at the helm of one of the country’s most-respected performing arts organization, one that’s won a Tony, one where playwright Edward Albee was in residence, one whose production of Angels in America went to the Venice Biennale. It’s a place that, for decades, has been synonymous in Houston  and beyond as a place for serious theater. It has also, to be clear, had several challenges along the way, including challenging finances in the 1980s and the not-so-recent shakeup in artistic management that paved the way for Melrose’s entry.

“I look back on the organization and I am very proud to be running an organization that would do angels in America and Robert Wilson’s Danton’s Death,” Melrose said. “I always try to uphold the past as something we should all be proud of.”

The Alley’s roots are found in 1947, when Nina Vance, a Houston high school drama teacher, sent out 214 penny  postcards to drum up interest in a theater for the city of Houston. From those postcards more than 100 people came out to a meeting about launching the theater, which would become the Alley. The theater’s first home was in a dance studio on Main Street, with no heat in the winter or air conditioning in the summer. It opened its doors on Nov. 28, 1947, offering seating for only 87.

Over the next two decades, Vance’s vision shepherded the Alley to an old fan factory and then a space on Berry Street. Then, in May of 1962, the organization received a $2.1 million grant from the Ford Foundation to build a new theater. Coupled with the gift of a half block of land from Jesse H. Jones and his wife, seeds for the Alley’s permanent home were planted.

Today, sitting proudly on Texas Avenue, the Alley Theatre is a Downtown landmark. Its curved concrete turrets were once derided as “anti-aircraft encampments,” according to the theater’s history, but the structure itself is a hallmark of Brutalist architecture. The Ulrich Franzen-designed space would be hailed by Newsweek as one of the most striking buildings in the country. When it opened, it marked a whole new era for the Alley. It houses two theaters, the upstairs Hubbard Theatre and the smaller Neuhaus Theatre downstairs. It underwent a series of renovations beginning in 2013, resulting in new seating, expanded restrooms, larger public spaces and a hostof backstage improvements. Following the devastation of Hurricane Harvey, the Alley suffered damage to much of its sub levels, including the destruction of more than 75,000 props, collected over the years.

And through it all, the Alley endured. The theater is an embodiment of Houston’s can-do spirit, and its Downtown location makes it very much a center of Houston’s performing arts scene. In addition to staging classic works from the theater canon, the Alley helps launch new plays by emerging playwrights with its Alley All-New Festival, and it brings in thousands of students each year to see its shows at student matinees. Its resident acting company is the very heart of the theater, nine actors who perform in the company’s productions throughout the year. While the theater does offer roles to those not in the resident company, the core acting group is part of what makes the Alley unique among theaters in Houston and is one of only a handful of companies around the country that offers this model. It gives audiences an opportunity to see actors in a variety of comedic and dramatic roles, and not only gives actors steady employment, but also affords them the chance to do what they do best: act. 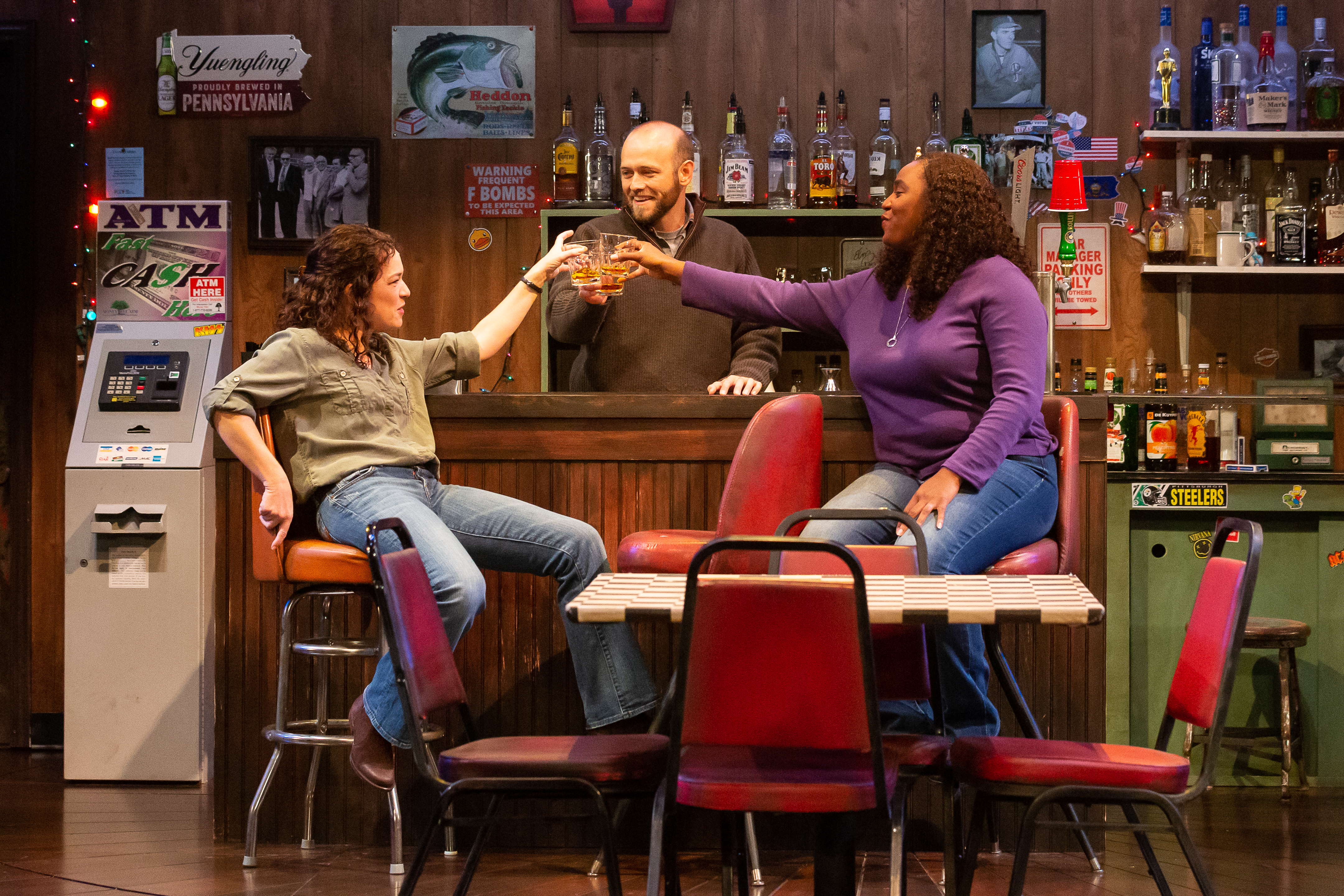 As Melrose looks forward, he’s looking to build on the Alley’s three-quarters of a century of being a leading light in Houston theater. In recent years, the Alley has presented newer works, from more diverse artists. It’s also kept presenting favorites like its annual outing of A Christmas Carol and the popular Summer Chills series, mystery plays that run during the summer months. Those shows, said Melrose, bring in a devoted following. “In addition to having our plays represent more of Houston, I’m trying to get that audience more excited about our regular [season] offerings and come visit us during a time they are not used to visiting us,” he said. “Sometimes, it takes a while for the word to get out, that we’re not doing the same plays that you think we do. And it’s exciting and it’s vibrant!”