By now, virtually everyone knows that Houston is the energy capital of the world. But the Bayou City’s economic engine turns on much more than oil and gas. In fact, the very same spirit of innovation that led Houston to cement itself as one of the most important players in the global energy economy has led the city to innovate in other areas, including medicine, technology and more.

And a great deal of that innovation traces back to a building in Downtown. Amegy on Main is home to Downtown Launchpad, a startup ecosystem that is helping its companies – and the city – achieve success. For those unfamiliar with the program, it was born from Mayor Sylvester Turner challenging the Houston business community to completely overhaul and rethink the way Houston could approach startups and their needs. Downtown Launchpad is home to MassChallenge and gener8tor, two huge startup accelerators, dedicated to giving entrepreneurs startup support. It’s also home to Impact Hub Houston, a global collective that supports entrepreneurs by offering opportunities to network, programs to educate startups and a host of other services. The Cannon’s “vertical village” concept, also located at Amegy on Main, further provides co-working space for companies on the move. The entire set-up was designed with startups in mind.

“We’re one of the most innovative cities in the world; we always have been,” said Robert Pieroni, Central Houston’s director of economic development, who noted one of the most important ways for the city to move forward is to find ways to attract and help startups. “So, obviously, the idea was, we’re going to build something of our own, and we’re going to build it unlike anywhere else in the world and unlike anyone else has ever done it.”

If it takes a village to help a startup, it also took a village to launch Downtown Launchpad. The project is an initiative from Central Houston, Inc. and the Downtown Redevelopment Authority.

“It’s a little like a moonshot,” quips Pieroni. “But it was a priority of our organization and because of our resources and affiliate organizations we were able to say, let’s try the impossible.” 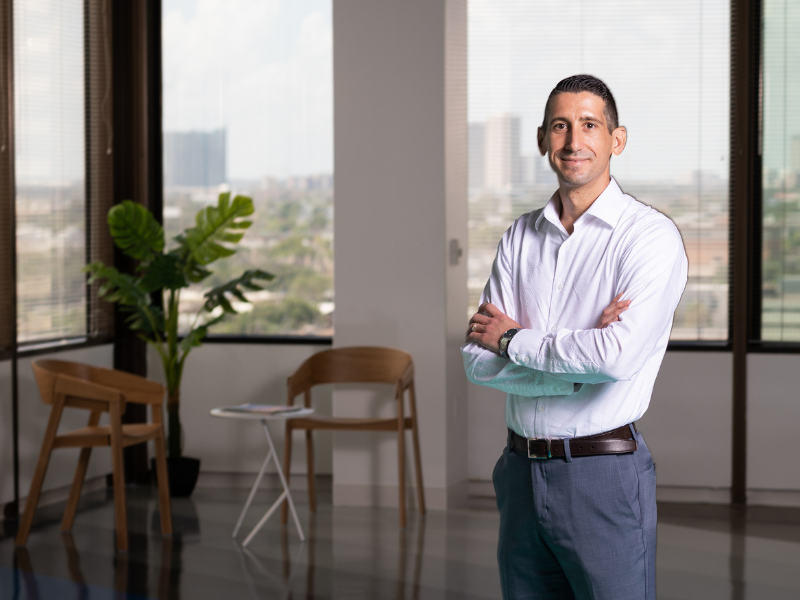 The impossible, it seems, is paying off. Over the last three years, MassChallenge and gener8tor received 1,599 applications to their cohorts. Collectively, they accepted 166 startups into the programming. Those 166 startups have raised $35.1 million. MassChallenge’s first cohort started in 2019 and gener8tor launched its first in 2020. Both are currently working with new cohorts of entrepreneurs, and Pieroni predicts continued growth.

“As we bring in new cohorts, we’ll bring in new money, new jobs,” he said. “What makes it so fun is, we’ll bring in a hundred new companies every year, but the hundred from the year before just continue to grow. So, years five, six and seven will have 20 times the impact of today because you’ll have three, four, 500 startups compounding the amount of money they’ve raised, the revenue they’ve generated and the jobs they’ve created here. That’s what’s really exciting.” 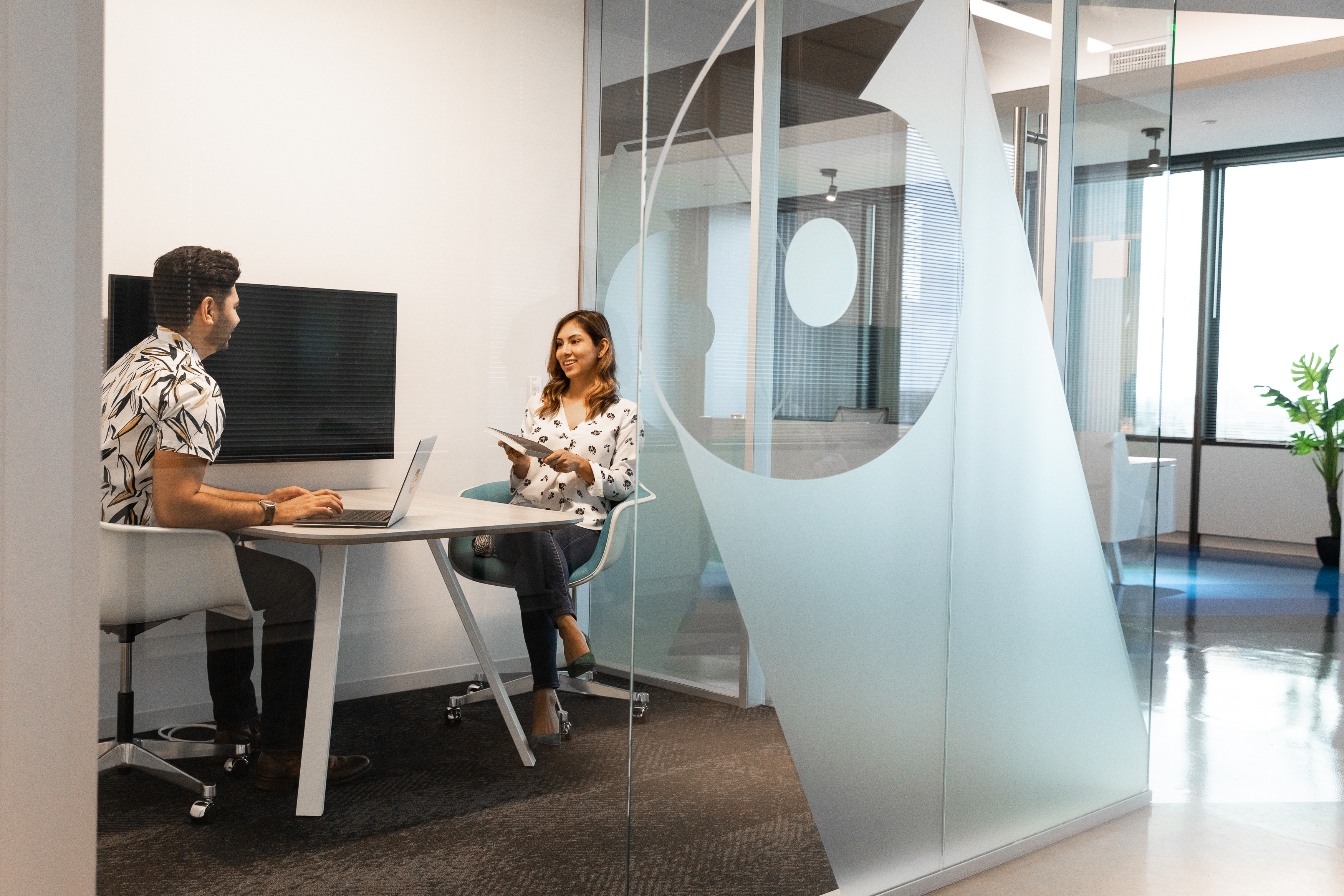 One of those startups is CaseCTRL, a company that used artificial intelligence and automation to streamline and schedule workflows for surgical scheduling. Founded by Pamela Singh, who has a background in hospital IT management and her husband, Dr. Ashvin Dewan, an orthopedic surgeon, the company went through gener8tor’s accelerator. To date, CaseCTRL has raised $1.3 million, and now employs 10 people.

“Downtown Launchpad’s model was critical to our success,” she said. “We went from having zero revenue to getting our first paid client after we completed the program. We went from zero experience in fundraising to raising $1.3 million. They absolutely helped us with our trajectory.”

She said Dewan noticed that surgeries were being cancelled and mismanaged. The problem wasn’t due to incompetence; it was technology.

“You’re using the latest in state-of-the-art robotic surgical methods, but the scheduling behind it all is paper, fax and email,” she explained. “That led not just to hospitals losing revenue, but to terrible patient care.”

Singh and her husband created a system that he began using. As colleagues noticed his surgical practices operating more efficiently, it was an ah-ha moment for the couple. They now knew they had a product. But they didn’t know what to do with it.

“We were ready to sprint, but we had no idea of what direction to go in,” said Singh.

Enter Downtown Launchpad. Working with gener8tor, she and Dewan received help in determining what their metrics for success would be, how to benchmark their goals and how they could get there.

“We didn’t have a pitch deck or an executive summary or the other documents you need,” said Singh. “They helped us do all of that.”

And so, a company that began as an idea has now become Singh’s full-time job. Dewan is still a surgeon and works with CaseCTRL after hours (“It’s why we call him the robot,” joked Singh). Their CTO is a childhood friend of Dewan’s who came aboard the team early on. CaseCTRL went from relying on interns and volunteering to offering full-time jobs.

Some of those hires came from relationships made through the Downtown Launchpad.  Singh and Dewan appreciate the mentoring they received, the connections they built, all of which added to their business growth. When Downtown spoke to Singh, she said the team was in the process of looking for office space – in Downtown.

Helper was part of gener8tor for early-stage companies with local roots called gBETA.

Helper’s company, SeekerPitch, which she started at home during the pandemic, gives job seekers the opportunity to create digital cover letters that allow them to show their personalities, along with making a case for why they’d be excellent hires. For employers, it helps hiring managers get a sense of not only a potential employee’s skills, but also an understanding of how they might fit into the corporate culture. They can also conduct virtual interviews on the platform.

“This is what the next generation of hiring looks like,” said Pieroni, who cites SeekerPitch as one of many Downtown Launchpad startups that embody a creative approach to problem solving on the B2B scene. “It really democratizes the hiring process.”

“Downtown Launchpad gave me access I wouldn’t have had,” said Helper. “The founders’ events and the networking helped give me a community that allowed me to grow my business.” 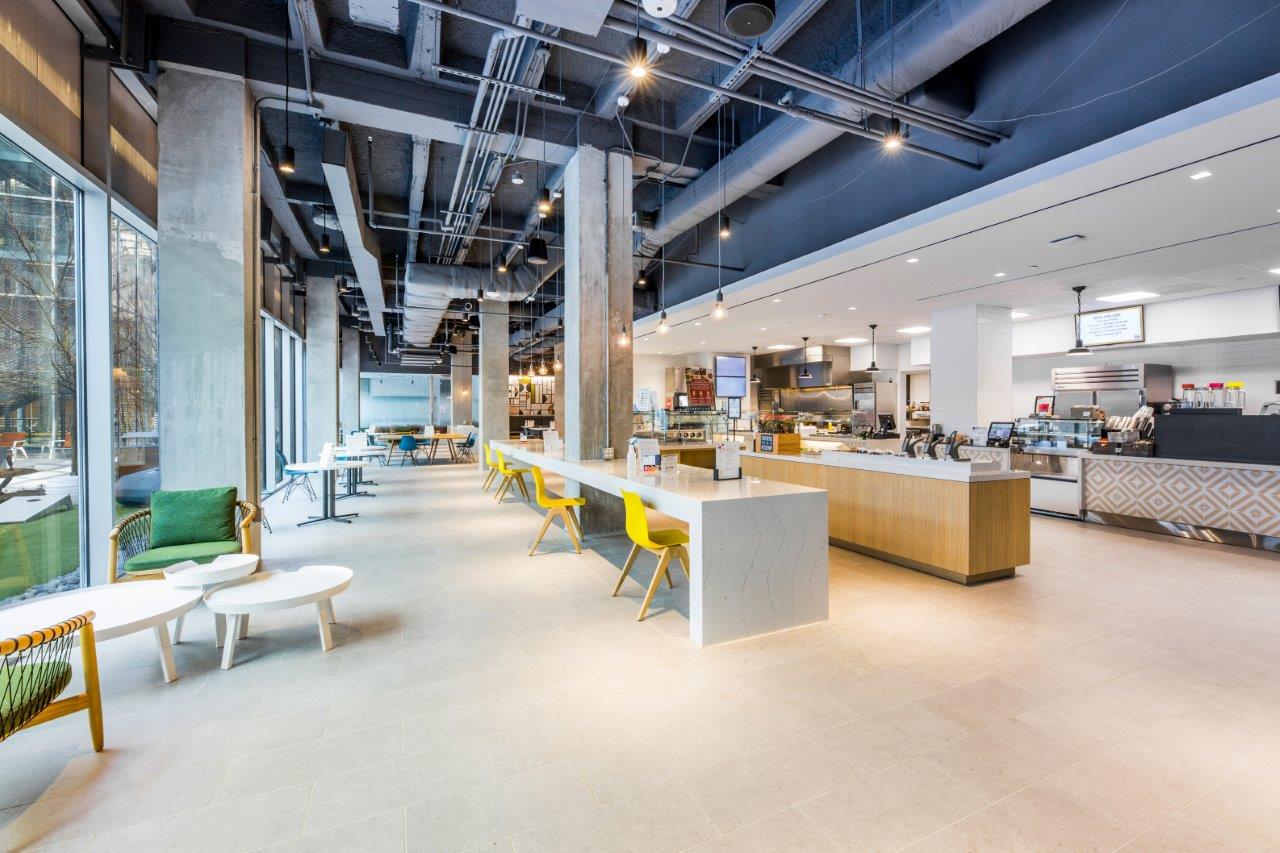 Helper describes herself as “pretty scrappy,” and she used money she’d have spent on her wedding to bootstrap the company. (She and her fiancé eloped). She took part in a remote incubator, which was great, she said. But as of October 2021, she had a complete product and was not entirely sure how she was going to get users for it.

It happened that right as she finished up her product, gBETA was launching a cohort, and she was accepted.

“That allowed me to build an advisory board and get mentors,” she said. “I have 15 clients now, and 420 job seekers using the platform. I’ve been able to build four university partnerships.”

She’s also part of Houston Exponential’s talent initiative that connects diverse job candidates with jobs in innovative technology. That diversity doesn’t have to be specific to race or background. It can also be about the experiences someone’s had, which traditional algorithms won’t pick up on. If a job candidate has worked his way through school and shows great problem-solving skills, that won’t necessarily show up in his job history on his resume. Likewise, if company algorithms zero in on specific job titles and a select set of colleges or universities, they’re missing out on great candidates. Fixing those issues is SeekerPitch’s raison d’etre, and the partnership gives her a platform to grow her business and help jobseekers and clients.

“I got all of that traction because of the Downtown Launchpad,” she said. “Because I was part of a community that believed in me and believed in what I was doing.”

Not all the companies that grew out of Downtown Launchpad are B2B. Consider Chasing Watts, a partnership between Scott Minard and his friend Jason, who didn’t want us to use his last name. They were also part of a gBETA cohort. Chasing Watts connects cyclists, who can join up for training, races or just a ride.

The company began as a website, which Jason built to help others coordinate group bike rides.

“A group ride is like the proverbial herding cats,” explained Minard. “In the old days, people would call or text or whatever, but then, when someone had to drop out or on the day of the ride, things needed to change, and it could get chaotic.”

Jason works in tech for oil and gas, and his website allowed users to post rides and see where they could meet up with others.

“It all seems intuitive now, but it didn’t exist at the time,” said Minard, who works in the cycling industry, coaching MS riders, “weekend warriors,” and middle and high school students.

A Fort Worth bike group soon reached out to Jason, asking him to build an app, which he did for iOS. Minard convinced him to do the same thing for Android users, and Jason then convinced Minard to come on board the team.

“Being part of gBETA helped us really ask pointed questions,” said Minard. “What did we want to do? Who was our target audience? How can we fulfill their needs? That was pivotal for us. We hadn’t necessarily thought of this as a business; it was a tool. As we progressed, it became obvious that we were creating a business model.”

Currently, Jason and Minard continue to work fulltime, and Chasing Watts is a part-time operation for both of them. They recently contracted someone to assist with social media and event coordination. Minard said they are set to roll out an ambassador program, to help generate both excitement and usership. And they are working to expand into other markets.

They’ve also had discussions with angel investors but haven’t taken any capital yet. The pair have been finically conservative, said Minard, and they’re looking for investors who will align with their values and vision for Chasing Watts.

“Building community is our great strength,” he said.

That doesn’t mean their startup experience isn’t a success. Far from it. Minard credits gBETA for not being what he calls a cookie-cutter program, and for being one that worked with them to identify what their business goals needed to be.

“For many startups, raising money is an important goal, but it’s not the only one,” he said. “Helping distill down our idea was important to building our business. And having mentors to turn to was really key for us.”

For Pieroni, Downtown Launchpad is not only a place for entrepreneurs to come together, to learn and to get their start, it’s also a model that Houston can show to the world.

“We’ve had conversations with people in Buffalo, New York and, in Boston.  Those markets are major innovation hubs, and they want to know how we did what we did. We’re talking to people in Italy. We’ve had conversations with the Chilean government, with the Puerto Rican government. People want to know how we built what we built.”

When Houston startups succeed, they create jobs for Houstonians. Those Houstonians pour money back into the economy with their spending. Those companies purchase goods and services from other Houston companies. It’s very much a sense of rising tides lifting all boats.

“It’s just great to watch people chasing their passion,” said Pieroni, who Minard described as Houston’s greatest cheerleader for startups. “And Houston is standing behind entrepreneurs as they chase their dreams and create something epic.”