Print
Share
0
Feature
A Sense Of Place Through The Arts
Photo: Anahi Montfort

Houston is one of the most ethnically diverse cities in America and a model for what many U.S. cities will look like in the near future. Transforming this diversity into a vibrant sense of place, where different cultures are felt and represented, requires commitment and cooperation from individuals, cultures and organizations. It takes work to reflect a city’s unique character but luckily for Houston, Theater District companies are up to the task. These performing arts organizations are using art to promote inclusivity and celebrate the myriad of cultures throughout the city.

In June the Alley Theatre announced they’d received the largest NEA (National Endowment for the Arts) grant of any group in Houston to launch their new city-wide Latino theater initiative, El Zocalo. Through a combination of performances, workshops and residencies, they are hoping to engage Houston’s Latino population in a new way. “We have such a big Latino population we thought we needed to do some projects that reach out into the community,” explains Dean Gladden, managing director of the Alley. “Theater is storytelling, and everyone has a story to tell.”

The main event of the initiative is a performance of Misa Fronteriza, a satirical comedy about life at the US/Mexican border. In a new twist, the play is performed in its original Spanish while English-speaking audience members listen to a simulcast translation on headphones. Although some Alley patrons might be thrown by a play presented in another language, Gladden says this simulcast experience is very common in Europe. “The headset enables you to understand what is being said immediately and you aren’t forced to constantly be reading a running teleprompter,” he explains.

In conjunction with this performance, the Alley’s Education and Community Engagement Department is setting up residencies throughout the city. Their staff is working with Multicultural Education and Counseling through the Arts (MECA), Talento Bilingüe de Houston and BakerRipley to conduct a combination of performances of Misa Fronteriza and storytelling workshops. The decision to partner with these places with existing roots within the Latino community was a no-brainer, according to Gladden. “They already go to performances at all these venues,” he explains. “It just made a lot of sense.”

And this is only the beginning. “We’re hoping to grow it,” says Gladden. “We’d love to continue bringing in outside companies and one day have an entire Latino Theater Festival.”

The Alley is committing to a long-term relationship with a community that might otherwise feel marginalized by larger art institutions. By nurturing these relationships they hope to promote meaningful dialogue that will explore the unique stories they have to share.

Bringing the World’s Best
Society for the Performing Arts has delivered worldwide talent to Houston since its founding. As the largest presenting organization in the region, Society for the Performing Arts reflects the diversity of the city on stage with its variety of international programming. Many of the shows in their season feature artists from nations with a strong presence in Houston.

June Christensen, CEO of Society for the Performing Arts, knows the demographics of Houston well and uses those figures as a tool to plan the organization’s upcoming season. She views the international performers they bring to Houston as a way to connect different cultures around Houston to their roots through art. It is oftentimes a shared experience for several generations, with groups attending a performance that connects them to their heritage as a family.

“Walking around the bar in Jones Hall on any given night, especially when it’s international programming, you rarely hear any English,” notes Christensen. She remembers the response to one performance, the young Croatian duo 2Cellos, especially vividly: “It sold out immediately! It was probably 85-89 percent Croatians and Serbs that bought the tickets.”

But reflecting the city’s demographics on stage is just one part of their efforts to engage Houston’s diverse population. Over time, Society for the Performing Arts has expanded from merely presenting performances to requiring that visiting artists venture into Houston communities during their stay.
“We average between 35-40 shows per season,” says Christensen. “Probably 90 percent of our performers also do some sort of community engagement initiative such as a master class or seminar.”

By planning these activities in communities that have close connections to the performers, artists are able to venture out and meet Houstonians with roots in the same culture. “They want to have a dialogue about what’s happening in Houston in the arts scene with the people that live here with similar origins,” explains Christensen.

Society for the Performing Arts’ community outreach activities have also helped audiences feel more connected to performers who may only be in the city for one or two nights and have developed Houston’s reputation as a great city for artists to tour.
“You don’t think we’re as unique as we are until you bring people in that aren’t from here,” says Christensen. “Our artists, specifically those from Eastern Europe and Asia, really love to be in Houston because of the hospitality that Houstonians exude.” 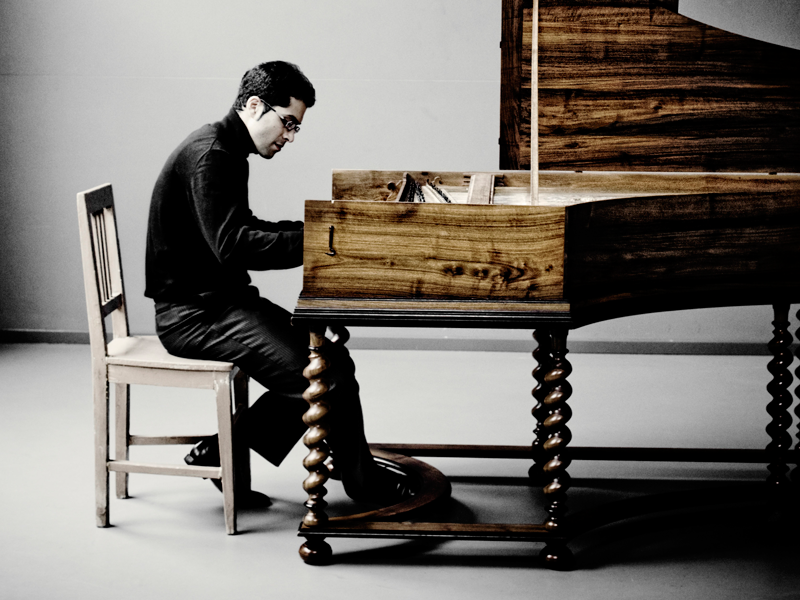 There’s No Place Like Home
One of art’s greatest powers is its ability to bring different people together in appreciation of a single experience. People have been gathering together to listen to music for centuries. It’s a concept that is remarkably natural, but also calculated. How does a company go about choosing what shows to perform in a season—which artists and groups to include?

According to Sarah Rothenberg, artistic and general director at Da Camera, the organization’s upcoming season theme No Place Like Home is an effort to frame chamber music masterworks, contemporary music and jazz in a context that relates to the world around us. They hope the season will encourage audiences to question what makes a place a home and how this concept can be expressed through art.

In addition to exploring this theme on a universal level Da Camera also literally relates their season to home. The Cy Twombly and Music concert and performances of Schubert’s Winterreise relate to Menil Collection exhibits; three Houston-native jazz artists return home; and the Juilliard String Quartet, who performed for Da Camera in Season One, return to celebrate the 30th anniversary. It’s a celebration of works that relate specifically to Houston and artists with Houston roots. “Houston has a remarkable jazz tradition,” says Rothenberg. “Our programming treats Houston as a cultural capital.”

The organization also represents the rich Latin heritage of the city. Performers in both the organization’s jazz and classical programming include artists from Cuba, Puerto Rico and Brazil. Rothenberg explains that the season “asks questions about the meaning of home on a larger scale, such as what is America and what does it mean to be a global citizen?”

What makes these concerts so meaningful are the connections that contribute to Houston’s sense of place. The concept of creating a sense of community is not a theoretical notion, but a strategic and practical effort. Music performances can create a shared experience and reinforce feelings of pride in a hometown, connections with one’s heritage, or simply appreciation for something beautiful.