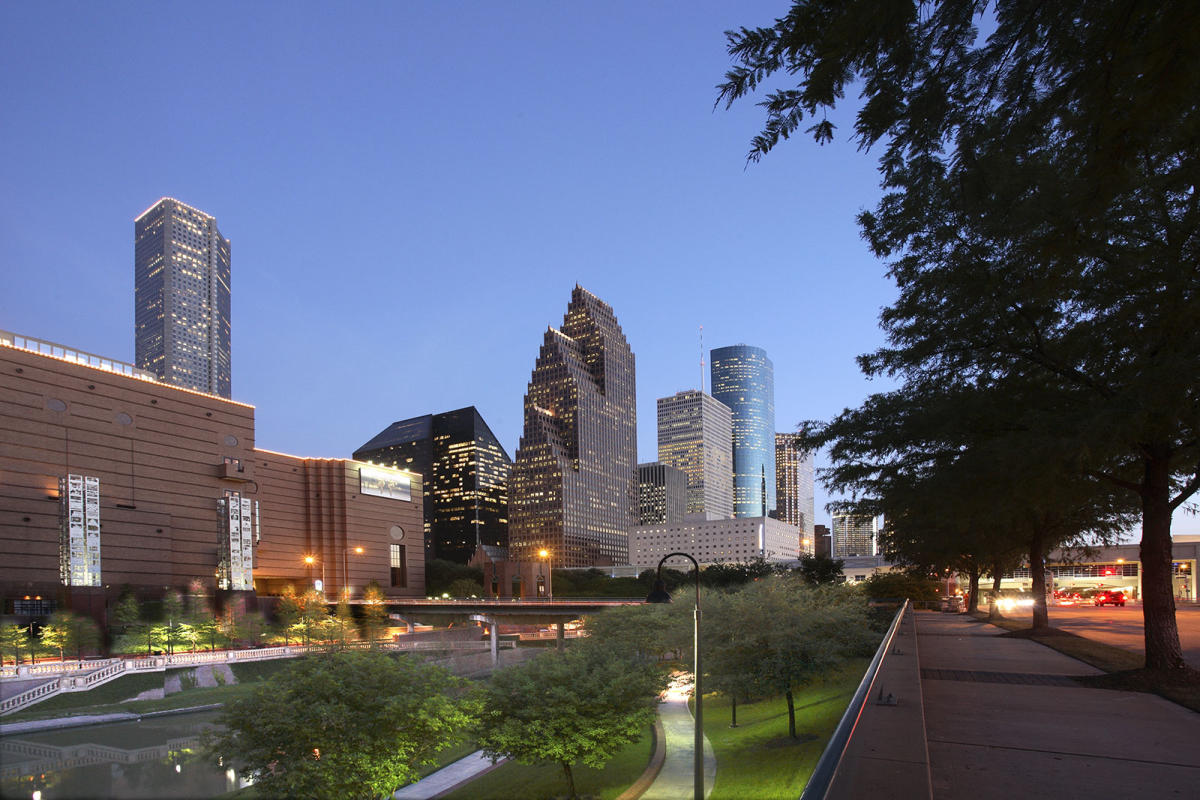 SOCIETY FOR THE PERFORMING ARTS

When it comes to bringing in performances that span a variety of styles and subjects, the Society for the Performing Arts is truly a Houston standout. From its home base in Downtown’s Jones Hall, SPA brings to Houston everything from Grammy Award-winning musicians to best-selling authors to dance and acrobatic troupes. 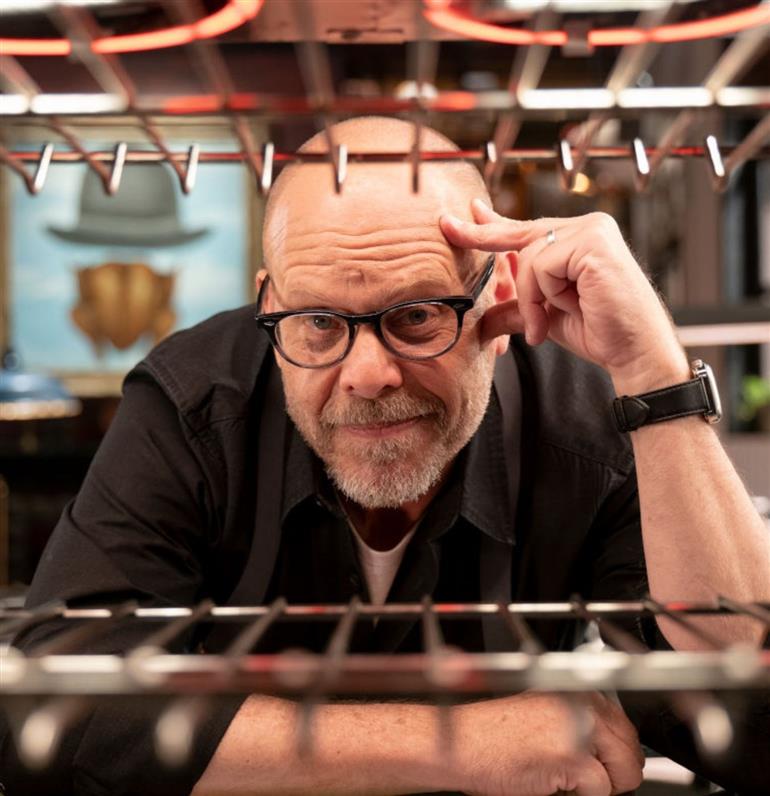 Getting all those performances back on track, however, proved a Herculean effort.

“At the beginning [of the pandemic], we all thought maybe it would be two, three weeks,” said Meg Booth, Society for the Performing Arts’ CEO. “But then, we started negotiating with all these artists, not only for the season that was announced, but also for the 2020–2021 season, which, at that point, had all been put into place; we just hadn’t announced it yet.”

After much reshuffling and rescheduling, SPA is ready to hit the ground running. And kicking off the organization’s Downtown season is a project dedicated to fostering new works. The Houston Artist Commissioning Project was something SPA doubled down on during the pandemic, according to Booth. It’s designed to fund the creation of new works by Houston artists and arts groups. The fall will see six live performances from the initiative, premiering at Jones Hall on Oct. 15.

“It really has been awesome,” said Booth. “There we so many parts of this pandemic that were so dark, having something so positive to work on was really a motivator.”

The performances are all world premieres by Say Girl Say, Patrick Davis, and Loop 38+ the Houston Contemporary Dance Company. Say Girl Say, an indie band, collaborated with Two Star Symphony on the program for a series of string-laced songs. Davis performs a poetic piece called Black, Blue, All Lives: OH MY! and Loop 38 the Houston Contemporary Dance Company come together in a program exploring the frictions between opposing forces. They’re followed by Alton Brown: Behind the Eats on Nov. 2, a variety show blending music, science and cooking. The second part of the Houston Artist Commissioning Project takes the stage Nov. 12 and 13, with world premieres by Riyaz Qawwali, Harrison Guy and Deborah D.E.E.P. Mouton.

“It is a slightly smaller season than what we would do normally,” conceded Booth. “We really wanted to put together a season of blockbuster artists to encourage people to come back because I know that some people are going to struggle to feel comfortable, to get back into the pattern of going out.”

One of the things that might help them get into the comfort zone is that the Houston Artist Commissioning Project performances are set to be socially distanced events. Another is that Jones Hall has undergone some slight renovations.

“We now have aisles that go through the orchestra,” said Booth. “It’s so exciting not to have that continental seating, especially considering the pandemic. You no longer have to crawl over that entire aisle of people to get to your seat.”

Booth is looking forward to audiences seeing how SPA’s commitment to diverse entertainment mirrors the city itself, programming she says complements what’s on stage at other Downtown theaters.

“Our programming is a window on the world,” she said. “And it’s important that all of us see ourselves represented on stage.”

THEATER UNDER THE STARS

TUTS Artistic Director Dan Knechtges is beside himself just thinking about the idea of welcoming audiences back to the company’s performances.

“I’m beyond excited!” he said. “I’m to the point where I think it’s going to be emotional, watching people come into the theater for the first time.” Sixteen months ago, he was wondering if TUTS might be shutting its doors forever. Now, he says, the season the organization is offering is “a rock star season. It’s certainly a celebratory season.”

And there is plenty to celebrate. After changing up the season five times in 16 months, TUTS has landed on a series that combines much-loved shows with new offerings, all of which feature a blend of musical styles. The season opener, Rock of Ages is a jukebox show stuffed with rock hits from the 1980s. Running Oct. 5-17, it’s the perfect nostalgia for this moment, according to Knechtges. 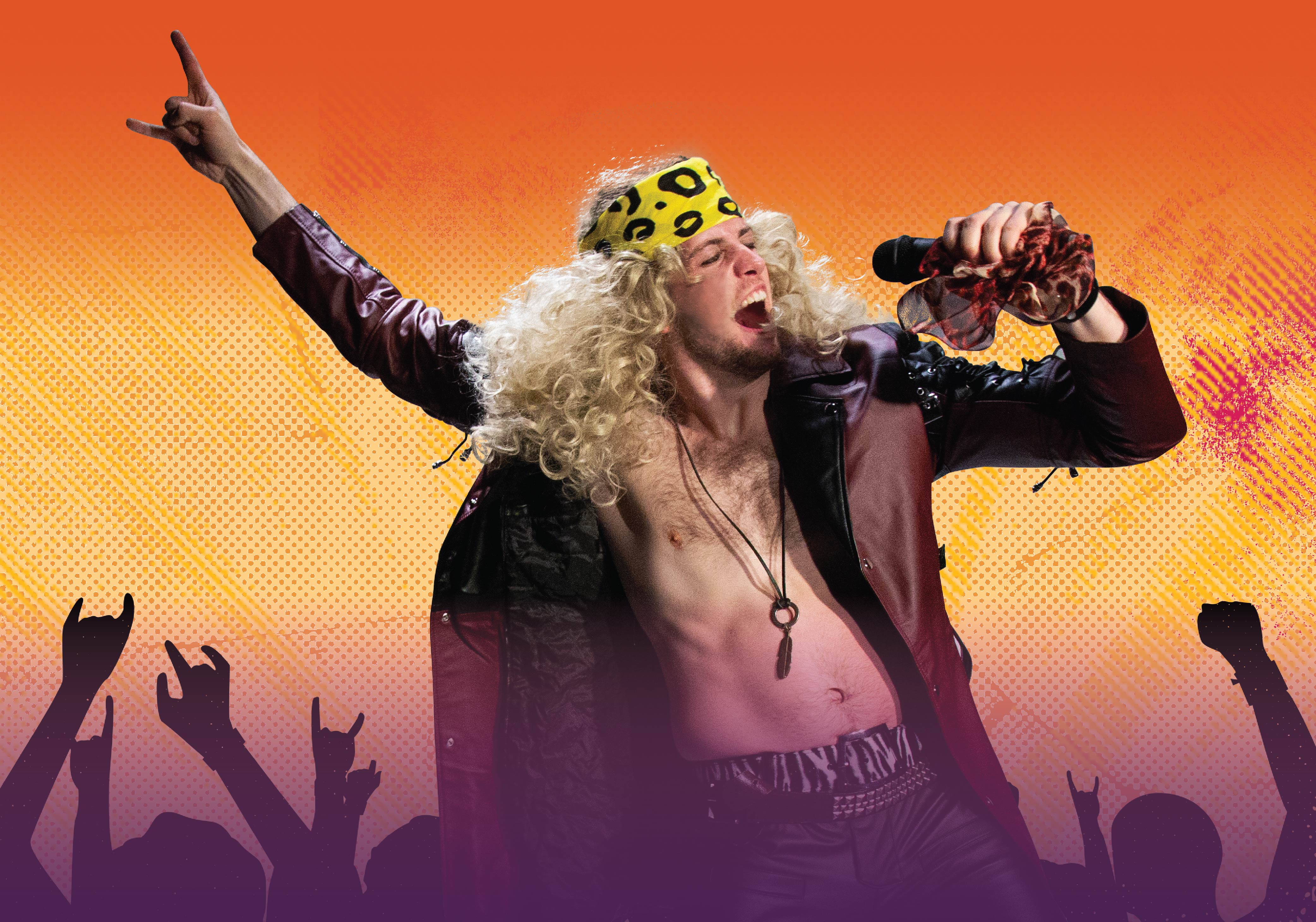 “I feel like, my God, do we need that right now,” he said. “The distress we’ve been through, what we’re living through. This is going to be such a great show to open with.”

He believes audiences are ready to come back. That theory is borne out in TUTS’ subscriber numbers.

“We’re doing great!” he said. “Tickets have been going pretty fast. People want to go back to the theater and go out. They’re sick of watching things online, and I am, too, frankly. I’m dying to be in the same room. Breathing the same air as everyone else.”

He realizes the spread of COVID-19 is what’s kept everyone apart and is quick to point out that the safety of the artists and audiences is paramount. But theater is a shared experience and being able to bring that back has always been the goal. TUTS is following the Hobby Center’s protocols, which in turn, is taking its cues from local and national health officials. But Knechtges said audiences should expect to see a theater at full capacity, even as everyone behind the scenes has worked to create the safest experience possible.

“It’s just wonderful,” he said, his gratitude evident in his voice.

For season ticket holders and single ticket purchasers alike, the 2021–2022 season is a powerhouse. Sister Act, based on the Whoopi Goldberg movie, takes the stage Nov. 2-14. It’s followed by the family classic Disney’s The Little Mermaid in December, the iconic Rodgers and Hammerstein musical South Pacific in February, then Come From Away in March and the recently announced and hugely popular Jersey Boys in May. 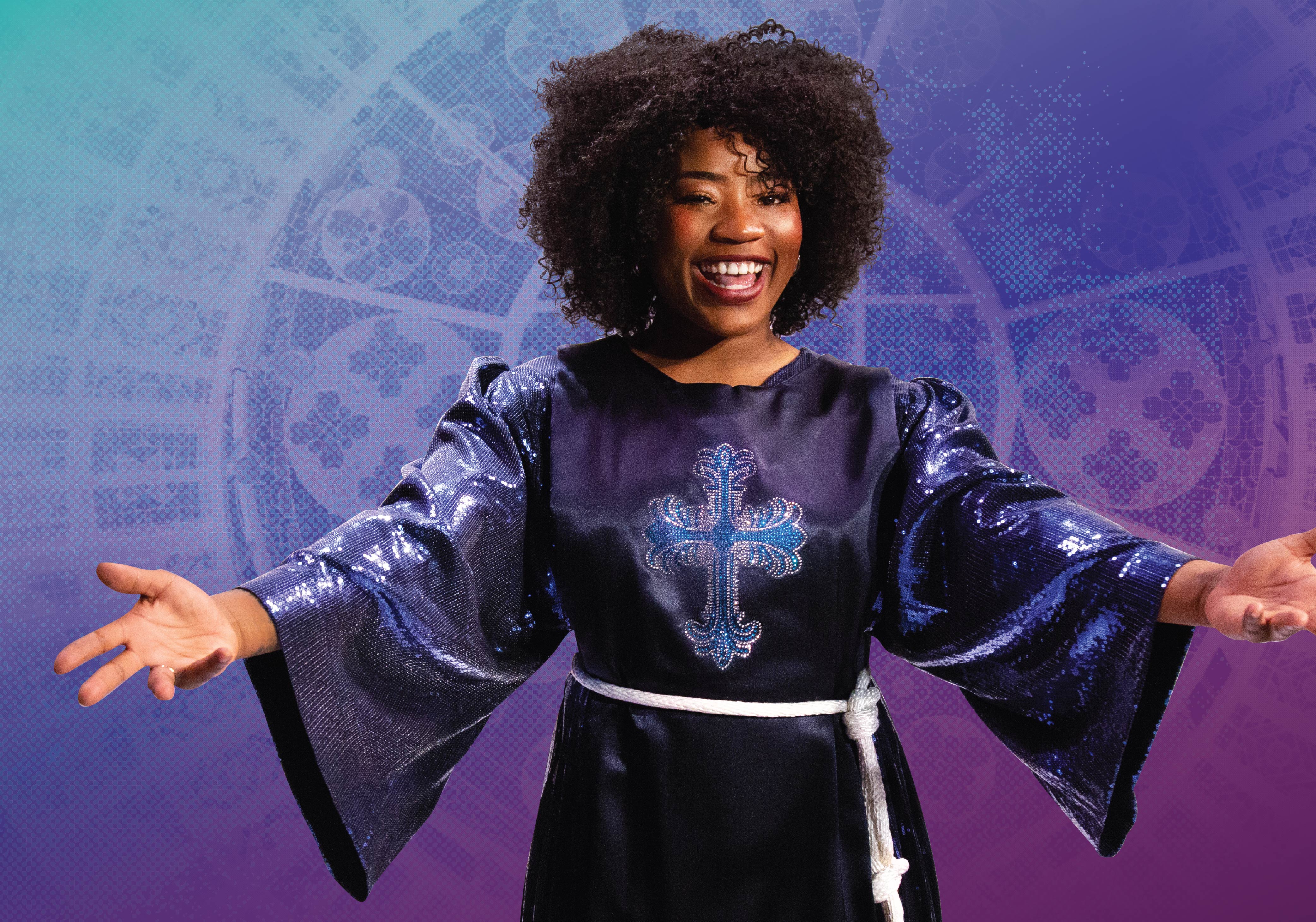 Knechtges is eager to attend performances, himself, citing the ballet in particular. He also believes that having the performing arts return to Houston is yet another indicator of the city’s resilience. “The resilience of this city is just incredible.”

The wait, it appears, is over, and Rec Room launches its four-show season with Dance Nation, a 2019 Pulitzer Prize finalist and Susan Smith Blackburn Prize winner by Clare Barron. It follows teenage dance troupe members as they navigate all the trials and tribulations of being teenagers and trying to figure out what they want from themselves, even as they’re learning about what society expects. 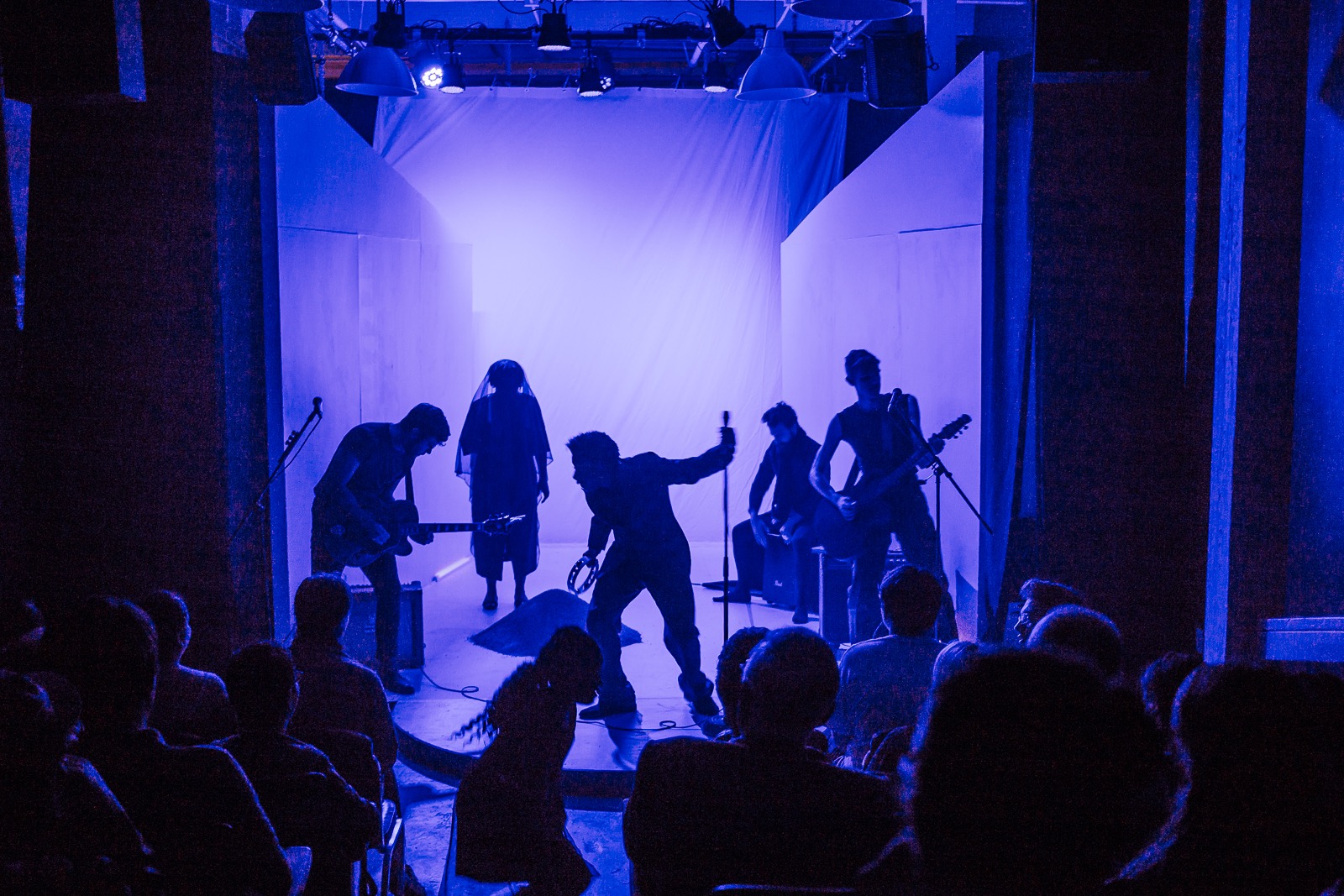 “But they’re played by women of all sizes, races and ages,” said Hune. “You’ll have a 50-year-old actress playing a 13-year-old. Clare Barron described it as women as their current, future and past selves. It is fun and funny and rowdy and I’m excited about it.”

Hune designed the season, packed with award winners, to be one that showcases the organization as a small but mighty heavy hitter. Savvy audiences already know the place as one where they’ll see contemporary, diverse stories in an intimate setting (the theater seats 60).

The pandemic wasn’t easy for the group, which notes on its website that COVID-19 was responsible for potentially $100,000 in lost revenue. Hune says a few subscriptions needed to be refunded, but overall, the company’s supporters held on with them. Going forward, Rec Room is changing its general seating policy to offer reserved seats, allowing ticket buyers the chance to purchase tickets in a block together with folks they feel comfortable with. They’ve also expanded the size of the theater’s doorway and opened access to more restrooms.

“Our space is unique,” Hune says. “And Downtown is just so badass. It keeps getting better and better. I really want people to see that.”

Since its opening in January 2019, the students at the Kinder High School for the Performing and Visual Arts haven’t spent a full year in the building. The 2019–2020 school year ground to a halt after spring break in 2020, and the 2020–2021 year was also upended by the pandemic. The students return fully to campus this fall, and that means resuming the school’s slate of dance, music and choir concerts, along with musicals and plays.

Theatergoers who want to see what these students are capable of can grab tickets to Ragtime, playing Oct. 22–24 and Oct. 29–31. Dance lovers shouldn’t miss the upper-level dance concert Nov. 18 and 19. 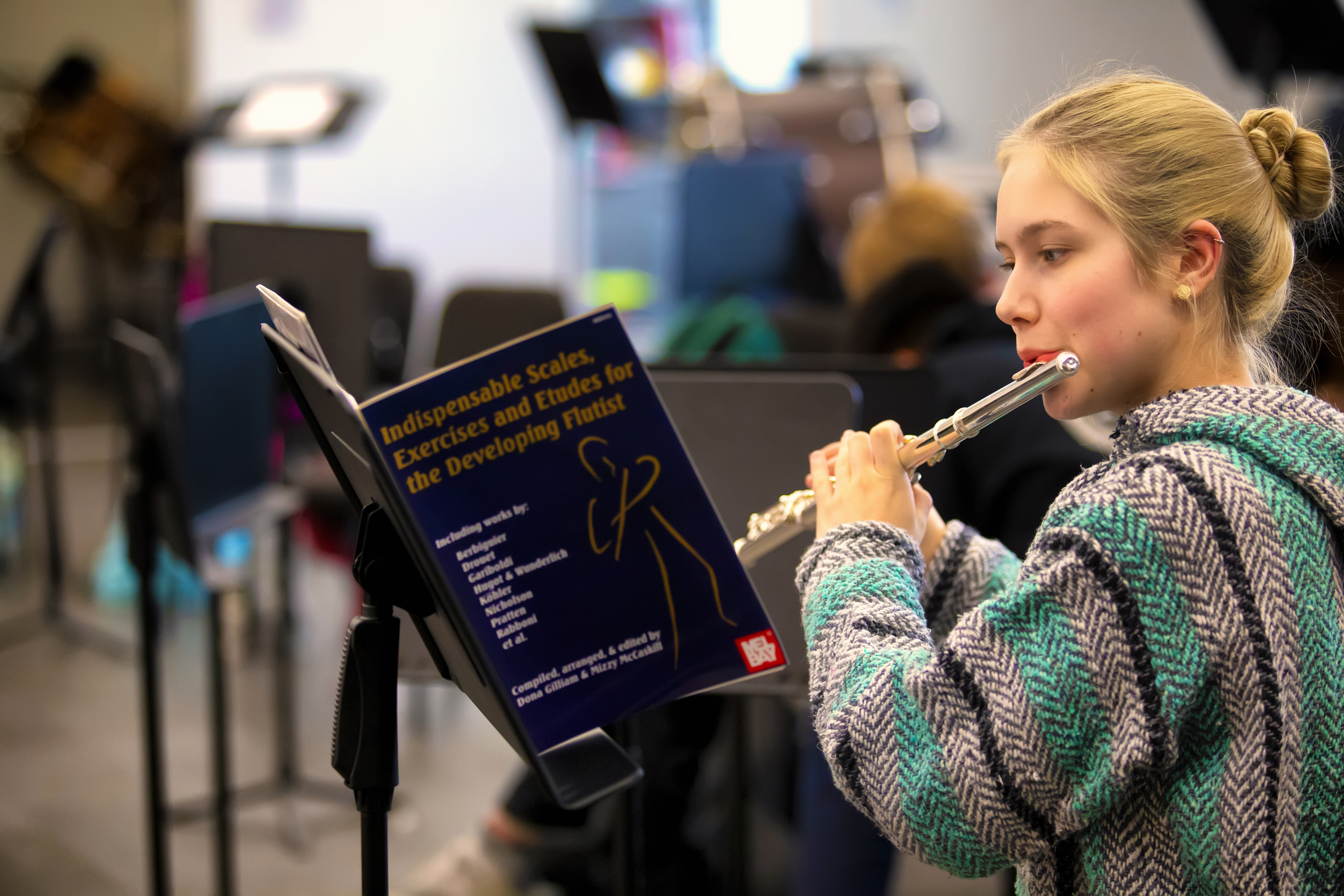 “All of our shows are open to the public,” said Jonathan Klein, the school’s magnet coordinator. “Our all-school musicals typically sell out. And it’s great for audiences to see the stars of tomorrow and see how their support of arts education benefits students.” Tickets for fall shows are on sale now.