The Theater District heats up in the winter, with seasonal traditions and seven resident companies producing plays, musicals, concerts and performances deserving of the nation’s fourth-largest city (or any major city, for that matter). Keep your spirit warm with plenty of catharsis, denouement, jazz hands, tragedy, comedy, arabesques, suspense, thrills and culture to hold you over to sunnier days.

The veil between the living and the dead grows thin in this Victorian tale of greed, loneliness, regret and eventually, redemption. You already know the story of Ebenezer Scrooge’s one-night rendezvous with multiple specters, but you’ve probably never seen it like this. Special effects and a slightly more macabre filter than usual bring new life (and death) into an old tale. It’ll scare the Dickens out of you –in a good way.

Embark on a journey along the Amazon on the El Dorado, a riverboat full of hopes, dreams, desires and more, heading down the river toward Manaus, Brazil.

The first Spanish-language opera to be commissioned by United States opera houses, this Daniel Catán-composed score with libretto by Marcela Fuentes-Berain originally premiered in Houston in 1996. The tragedy and longings of passengers Rosalba, Florencia, Paula, Arcadio, Riolobo, Alvaro and Capitán return to their original stage, along with former Houston Grand Opera studio artist Ana María Martínez reprising her title role.

Bookish Belle and brutish Beast meet cute in this tale as old as time, featuring songs as old as rhyme. And if you’re not singing the song in your head by now, it’s probably not the show for you. If you are, please move ahead to the next few sentences.

This Disney classic gives fans a chance to revisit their favorite crooning candlestick and talking teapot on a grand stage, with costumes and sets as impressive as Belle’s ability to fall in love with someone in need of some pretty dramatic manscaping and table manners. Like #beastmode, but with singing kitchen utensils.

Now that we’re removed enough from the decade that brought us ALF, millennials and He-Man, it’s socially acceptable and downright nostalgic to enjoy the musical stylings of the ‘80s, symphony-style. Stay warm in that acid-washed jean jacket (and don’t forget the shoulder pads), as you listen to some of the best music of the era featuring songs from Sting, Cyndi Lauper and Phil Collins performed by vocalists Nicole Parker (Mad TV, Broadway’s Wicked) and Aaron Finley (Broadway’s Kinky Boots, Rock of Ages).

You’re not supposed to yell “Fire!” in a crowded theater, but if Chucho Valdés has his way with the piano, it may be appropriate as he sets the ivories alight with his signature style of Afro-Cuban jazz. The Grammy award winner heats up the February evening for one night only. 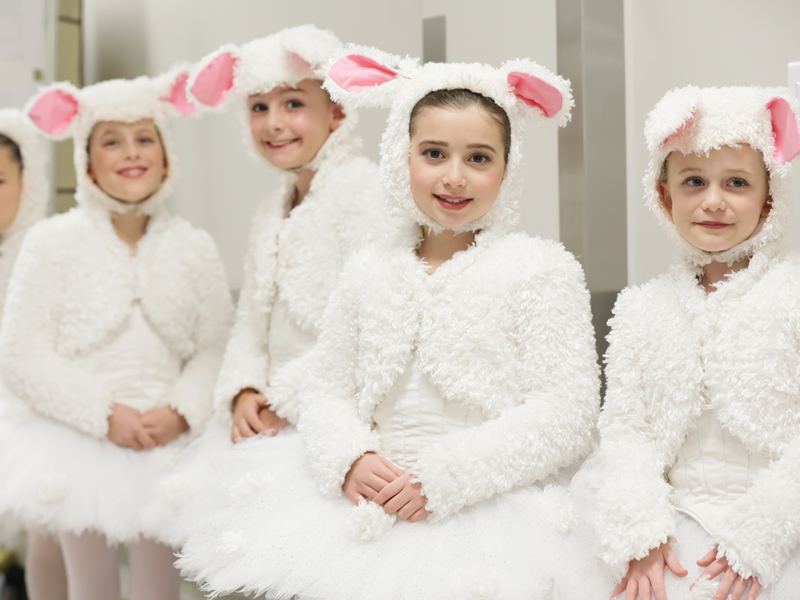 The Wortham was made for this, and The Nutcracker was made for the Wortham Theater. The two are reunited at last after a year of upheaval, thanks to the flooding from Harvey. While last season’s move to Sugar Land and The Hobby Center proved to be a fun adventure, there’s really no place like home (to quote another of our favorite female leads). Join the Houston Ballet as they jeté back into their home territory and into the 2018-19 season.

You can blame rock ‘n’ roll for many things—terrible hairstyles, hearing loss, teen angst—and on the list of unintended consequences was the creation of Preservation Hall and its signature Preservation Hall Jazz Band. In the 1950s, when rock ‘n’ roll took over many live music halls in New Orleans, many of the more traditional jazz musicians had limited options for performance venues, so they began gathering at what eventually became known as Preservation Hall. The legacy continues nightly at their home base in New Orleans’ French Quarter, but you can catch the band this January, when they come to cheer us up with their lively, spirited tunes.