As you walk up the stairs to the third floor of the Four Seasons Hotel in Downtown Houston, anticipation builds for a one-of-a-kind experience at our neighborhood’s most recent addition—Toro Toro, the acclaimed pan-Latin steakhouse by Chef Richard Sandoval.

Houston is the sixth city to welcome Sandoval’s steakhouse concept, following Dubai, Qatar, and Miami. The location is unique as it focuses on Texas’ best: steaks, seafood and exotic game, all influenced by Sandoval’s background in central American cooking.

The menu features a variety of small plates for the table, such as smoked guacamole, sweet corn empanadas, blackened tuna tacos, and our personal favorite—swordfish dip. While fish dips have their place in our city, don’t skip on this iteration at Toro Toro. Served with house-made pickled jalapenos and fresh-cooked plantain chips, this swordfish dip is spectacular.

Toro Toro isn't another hotel restaurant, it's fully able to stand on it's own, creating a destination worth visiting time and time again.

For those who balk at the idea of fish dips, we get it. Toro Toro’s dinner menu has several offerings from their ceviche bar that should be a bit more to taste. From the traditional Peruvian ceviche to more unique sushi rolls, there’s something for everyone when it comes to sharing a seafood starter.

The real standout from Toro Toro’s dinner menu is in the 52-ounce mezcal-flambeed prime tomahawk steak. Yep, it’s a handful—both in words and in size. But the tableside presentation is worth every penny to impress your group (again, emphasis on “group” because this is not something you’ll want to tackle alone!).

The restaurant recently opened for breakfast and lunch, offering items you won’t find elsewhere Downtown. We’ve stopped by for a quick lunch service, but also dined as a group, and Toro Toro surpasses all biz-lunch expectations. If the brussels sprout side isn’t calling your name immediately, order them anyway – you won’t be disappointed. From the Cubano sandwich to the beautiful Spanish Caesar salad, we welcome you to try something a bit different when in the office this week. 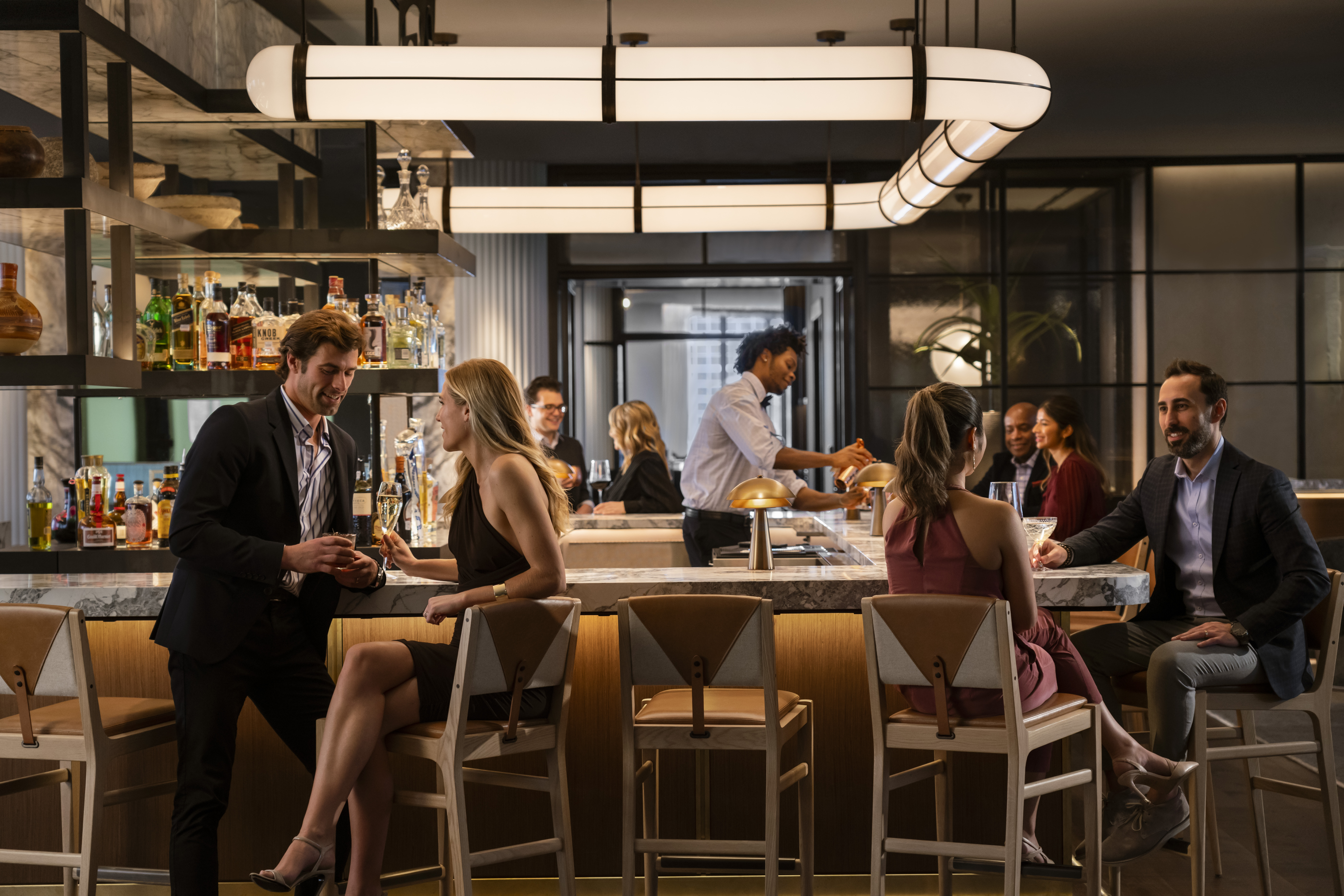 Food, atmosphere and hospitality are consistent at the Four Seasons, and the luxury hotel has become a retreat amidst the hustle of our neighborhood. Toro Toro isn’t another hotel restaurant, it’s fully able to stand on its own, creating a destination worth visiting time and time again.