Welcome to March, aka Women’s History Month! Dedicated to celebrating women’s contributions to history, culture and society, WHM has been observed annually in the United States since 1987.

A LITTLE BACKGROUND
The idea grew out of a weeklong celebration of women’s contributions organized by the school district of Sonoma, California in 1978. Festivities included presentations at dozens of schools, hundreds of students participating in a “Real Woman” essay contest and a parade in Downtown Santa Rosa. The concept spread across the country a few years later, and in 1980, President Jimmy Carter issued the first presidential proclamation declaring the week of March 8 as National Women’s History Week. The following year, Congress passed a resolution establishing a national celebration, and in 1987, the National Women’s History Project successfully petitioned Congress to expand the event to the entire month of March.

Women have played important roles and achieved significant milestones throughout history, and it’s only right that they’re given the recognition they deserve. To kick off our celebration of Women’s History Month, we’re spotlighting a few female Houstonians that made their mark on Downtown Houston and beyond. 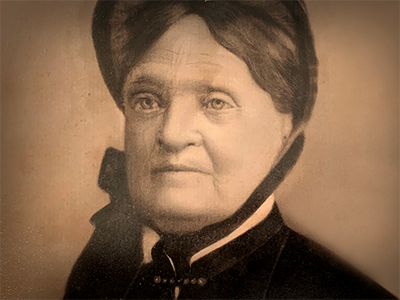 CHARLOTTE BALDWIN ALLEN [July 14, 1805 - August 3, 1895]
Charlotte Baldwin Allen was the wife of Augustus Chapman Allen  — ½ of the Allen Bros. duo — and is now affectionately called “The Mother of Houston”. An accomplished woman of her time, Charlotte was a prominent philanthropist and businesswoman. It’s believed that it was Charlotte who funded the purchase of the land for Houston, and it’s suggested it was her idea to name the town in honor of their neighbor, Sam Houston.

The C. Baldwin Hotel is making sure Charlotte’s name continues to be known. The bold property pays homage to the trailblazer with an eccentric vibe that takes every opportunity to honor their namesake’s tenacity and to continue her legacy. 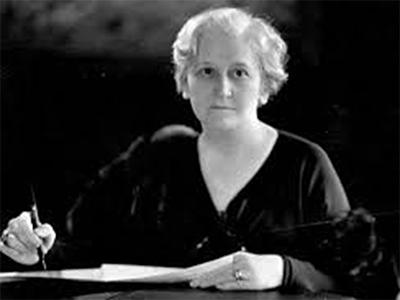 MELLIE ESPERSON [ca. 1870 - 1945]
In the first few years of Mellie & Niels Esperson’s time in Houston, Mellie focused on learning the ins and outs of the oil business, while Niels became a pioneer developer of the Humble oilfield. Niels died in 1922, leaving his wife substantial commercial wealth, thus beginning her impact on DTHOU. Her first project was the $1M construction of the Majestic Theater, which opened in 1923.

In 1924, Mellie started on plans for an office building Niels had envisioned for property he owned in Downtown Houston. The 32-story, $4M Niels Esperson Building opened in 1927 at the corner of Travis and Rusk. Fourteen years later, the adjoining Mellie Esperson Building was complete. The building debuted in 1941 and was distinguished for being the largest office building constructed in Houston during the Great Depression, and the first skyscraper in the city to be built with central AC. 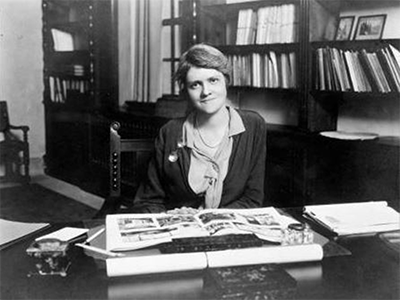 JULIA BEDFORD IDESON [July 15, 1880 - 1945]
The first Head Librarian of HPL [serving for 40 years], Julia was born in Hastings, Nebraska and moved to Houston with her family in 1892. Julia is largely credited for anticipating Houston’s rapid growth and developing Houston's public library system into what it is today. Her efforts resulted in the addition of five branches, including a new Spanish Renaissance-style Central Library, increasing the library’s collection from 13,228 to over 265,000 and raising annual circulation from 60,000 to 600,000.

Julia’s legacy continues to impact Houston through the Houston Public Library. The Central Library building, which she helped develop, was named in her honor in 1951, and was added to the National Register of Historic Places in 1977. Today it continues to be the architectural centerpiece of the HPL system and contains one of the most comprehensive urban history archives in the U.S. 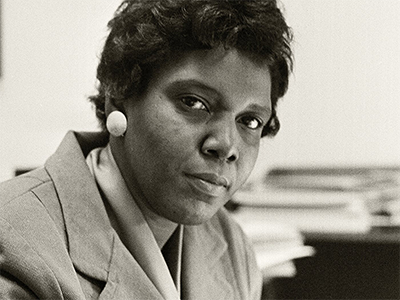 BARBARA JORDAN [February 21, 1936 - January 17, 1996]
The first to accomplish many achievements, Barbara Jordan is best known for being the first Black woman elected to the Texas state senate. Barbara paved the way for African Americans beyond the Houston area with achievements including: being the first African American woman from a Southern state to serve in the U.S. House of Representatives, the first woman to deliver the keynote address at the 1976 Democratic Convention and receiving the Presidential Medal of Freedom.

Barbara’s legacy has lived on in Downtown Houston through the Barbara Jordan Post Office [401 Franklin], the space soon to re-open as POST Houston. 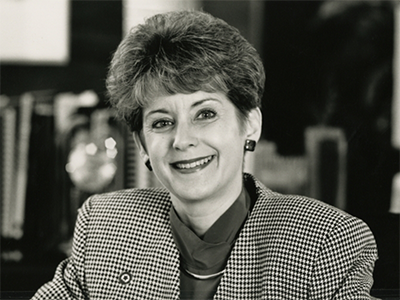 KATHY WHITMIRE [August 15, 1946 - ]
A born and bred Houstonian, Kathy Whitmire holds the title of being the first woman elected to citywide office, after winning the race for City Controller. She achieved another first when elected Mayor in 1981 — making her the first female mayor of Houston. Over the course of her five terms mayor, she enacted a groundswell of change with acts like barring discrimination against gays in city hiring and brining in the city’s first African American police chief, Lee Brown [who would later become Mayor]. 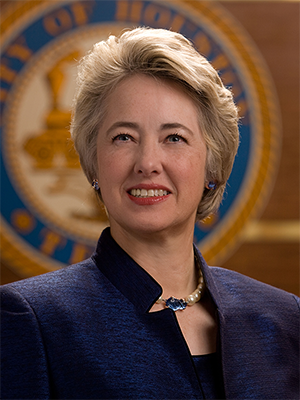 ANNISE PARKER [May 17, 1956 - ]
Only the second woman to hold the office of Mayor, Annise Parker became Houston’s first openly gay elected official when she won the race for City Council in 1997. The native Houstonian went on to serve six terms as City Controller before being elected Mayor in 2009. Her win made Houston the largest U.S. city ever to have an openly gay person hold this position. Throughout her three terms, Annise established departments that focused on the community needs and helped minority and women-owned businesses compete for city contracts. A huge mayoral achievement was making good on her promise to reduce homelessness in Houston. Her commitment to resolving the issue resulted in a 60% overall decline.

Annise’s dedication to the Bayou City community hasn’t stopped since leaving office in 2016. She continues to lead and serve on boards for numerous organizations throughout the city, and still calls Houston home with her wife, Kathy Hubbard.